The Monterey Park Police Department Canine Unit was established in 1980. It was one of the first canine units in the San Gabriel Valley. Currently, there are three canine teams assigned to the unit. All teams are assigned to the Patrol Division.

Our canine teams are an important part of daily law enforcement operations. They are trained in handler protection, searching techniques, article searches, and narcotics detection. The deployment of a canine team can save hours of time for police officers. A canine team can search quickly and effectively, resulting in increased officer safety, the apprehension of suspects, and a greater level safety for the community. Our canine teams have effectively apprehended dangerous suspects, located evidence, and recovered narcotics which were hidden by drug dealers.

In addition to regular patrol duties, Canine Officers spend a great deal of time training their partners to maintain a maximum level of efficiency as a team. Monterey Park Police canine teams train regularly with the department's Special Response Team to provide an increased level of safety for officers in extremely high-risk situations. They also train on a regular basis with other canine officers in the West San Gabriel Valley. Police dogs live with their handlers when they are off duty.

Canine officers provide demonstrations and education programs to community groups and students. All of the members of the canine program have devoted a great deal of time working with the department's D.A.R.E. and G.R.E.A.T. programs, the Boy's and Girl's Club, In-School Scouting, and with the police explorer program. The canine program has received a great deal of support from the community. The members of the Monterey Park Woman's Club have been strong supporters of our program for years, raising funds for training, equipment, and additional dogs for the canine program. Girl Scout Troop 901 raised funds for our canine unit through Girl Scout cookie sales, and generous donations from Mr. Marc L. Kreiner and the Inouye family are also appreciated. Veterinary care is provided by Dr. David Beltran and the Bella Monterey Veterinary Clinic.

Corporal Esquibel has been with the Monterey Park Police Department for 16 years. He has been in the canine program for 11 years. His previous canine partner Neros retired in 2015. He has experience as a field training officer and as a member of the department's Special Response Team. His partner Piro is a Belgian Malinois. Piro is trained for patrol work and narcotics detection. On his off time Piro enjoys playing fetch with his toy. 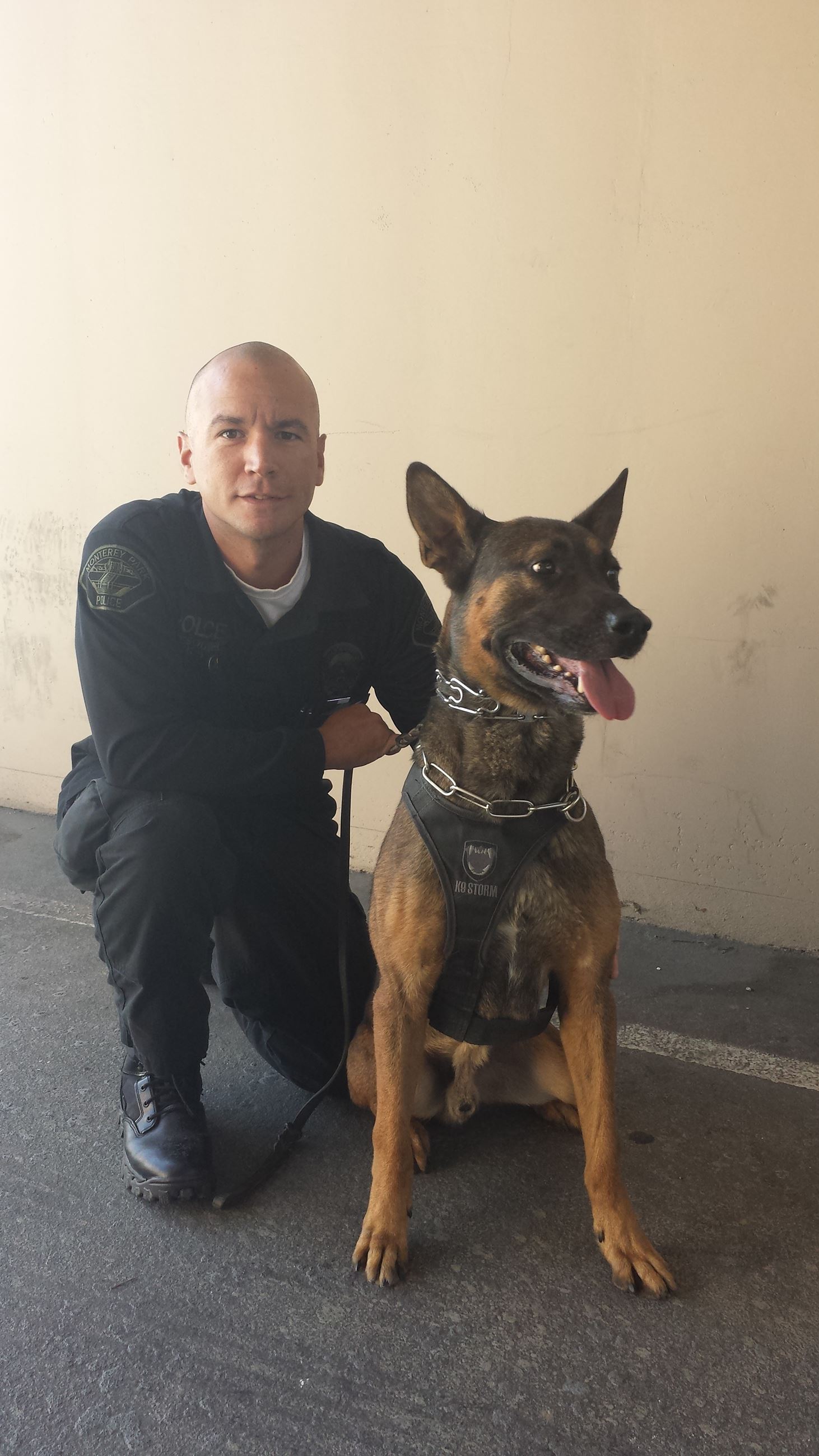 Officer Cota has been with the Monterey Park Police Department for 10 years. He has been in the canine program for four years. Prior to being hired as a police officer, Officer Cota served four years in the United States Marine Corps. He has experience as a member of the department's Special Response Team. His partner Veeda is a Belgian Malinois. Veeda is trained for patrol work and narcotics detection. On her off time Veeda enjoys training and playing catch. 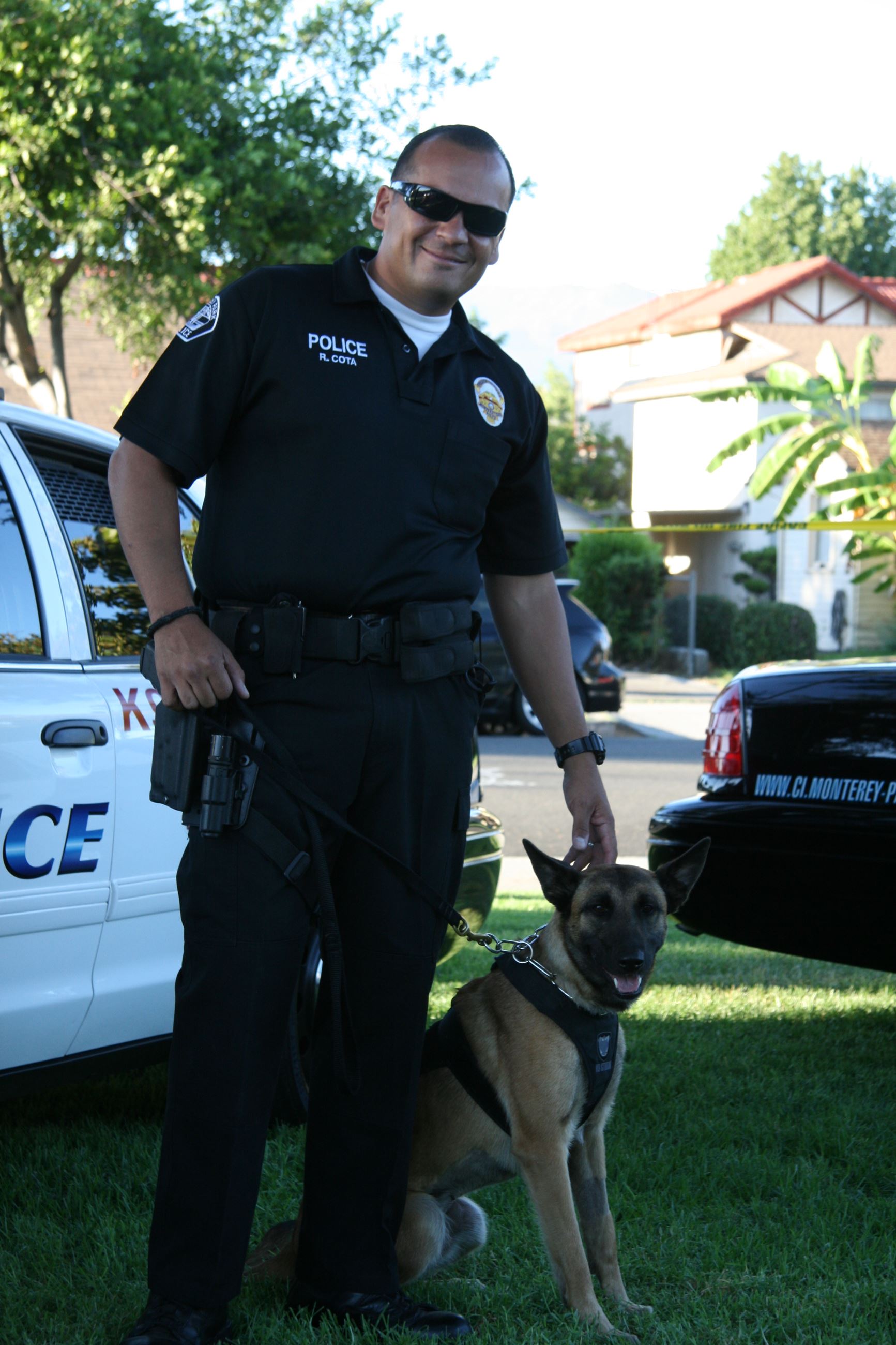